Queen Elizabeth has left many confused after canceling a rumoured appearance at the Windsor Horse Show at the last minute.

It’s believed concerns about the monarch’s mobilityand the large number of photographers covering the event, could be behind the move to miss the event.

Instead, the 96-year-old chose to visit her horses privately at the Royal Mews in Windsor, The Telegraph UK reports.

READ MORE: Meghan and Harry’s UK visit for Queen’s Jubilee: What we know

The Queen’s horse, First Receiver, was competing in the series qualifier at the first day of the prestigious show, leading many to expect the Queen to be there.

The area was cleared and Her Majesty’s protection officers were in attendance and the media put into position, the publication reports.

But at the last moment, word came from Windsor Castle that the Queen would not be coming after all.

Around 90 minutes later Her Majesty popped across to the mews where she spent some time with her horses away from the cameras.

The Queen’s attendance would have been her first high-profile event since Prince Philip’s memorial at Westminster Abbey on March 29.

Earlier this week the monarch canceled her appearance at the State Opening of Parliament, sending Prince Charles and Prince William in her place.

The first of the four palace Garden Parties also took place with the Prince of Wales, the Duchess of Cornwall and the Princess Royal all representing the monarch after Buckingham Palace announced the Queen would not be present this season.

There are hopes Her Majesty will be well enough to attend the final day of the Windsor Horse Show on Sunday, one of her favorite events on the calendar.

The Queen is understood to have attended the show every year since 1943. It was canceled in 2020 due to the coronavirus pandemic and held online.

Last year the Queen was pictured driving herself to the show in a Range Rover before watching the proceedings, hours after returning from Scotland.

The four-day show will culminate in a huge spectacle on Sunday in celebration of the Queen’s Platinum Jubilee with 10 of the monarch’s great-grandchildren expected to ride together in a carriage.

A Gallop Through History will honor the Queen’s historic 70 years on the throne and will feature 500 horses, gun salutes, music and dancers, involving 1000 performers.

A rehearsal dress was held on Wednesday evening with Princess Beatrice standing in for the Queen.

Beatrice was joined by her husband Edoardo Mapelli Mozzi and at one point took the place of the monarch when she was driven across the main arena in a Range Rover.

It’s part of a contingency plan to ensure the Queen is as comfortable as possible if she does choose to be there, The Mirror reports.

Sources hope the Queen will be well enough to attend at least part of the two-hour show.

“Princess Beatrice was delighted to be asked to play the role of the Queen on this occasion to make sure everything would go without a hitch should Her Majesty wish to attend the Royal Windsor Horse Show in this way,” a source told the publication.

The finale of the show will take place on Sunday and will be broadcast on television. 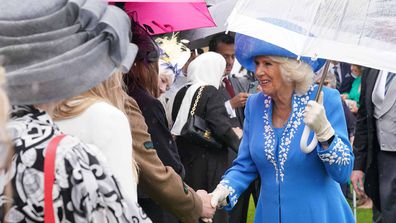 Bec Hewitt 2022: From Home and Away to marrying a tennis star, what happened to Bec Hewitt and where is she now? | Explainer