Former editor-in-chief of The Daily Beast and author of The Diana Chronicles Tine Brown told Bloomberg that Prince Harry’s decision to leave his royal role with his wife Meghan Markle proves a bigger headache for the royal family than Prince Andrew’s allegations of sexual abuse. Andrew was stripped of his official duties earlier this year when he was preparing to pay a settlement, allegedly worth £ 12 million, to Virginia Roberts in February, who accused him of sexually abusing her when she was 17 years old. The duke has repeatedly and vehemently denied any allegations of misdemeanors and says the settlement was not a guilty plea.

He was recently threatened with a lawsuit by attorneys Caroline Kaufman, who wants Andrew to appear as a witness in her lawsuit against Jeffrey Epstein’s $ 630 million (£ 515 million) estate. Ms Kaufman claims she was raped by Mr Epstein and that Andrew was present at the house at the time.

She does not accuse the prince of any evil or knowledge of her sexual assault. However, Ms Brown argued that the issue of Prince Andrew’s lawsuit was no longer so significant to the royal family compared to Prince Harry’s alienation from them.

She said “Endrew’s question is closed, which makes Harry a bigger problem for the monarchy.”

The royal author added that the monarchy “is not going anywhere”. Prince Charles, according to Ms. Brown, will become a transitional monarch, to “get things in shape for William.”

She said that William and Kate will have to balance the gravity of a thousand-year-old institution with their “more European, less traditional” way of working. Ms Brown added that the UK was facing an “identity crisis”, between the moment of the “dropped shoe” of the cost of living crisis and the anticipation of the Queen’s final departure.

Harry and Megan’s interview with Oprah in March 2021 is said to have shocked the royal family. It was announced that the interview with Oprah, together with a series of interviews in which Prince Harry has participated since his royal departure, angered the palace, as well as family members. Speaking on Australia’s Today Show, Royal Mirror editor-in-chief Russell Myers spoke of the Palace’s “rage”.

Speaking on a show aired on June 12, Mr Myers said the situation was “very, very cold”.

“People I talk to, the Palace every day, who [are] obviously very well connected with top players, so to speak.

Mr Myers added: “You can’t continue, you know, an international television interview with Oprah Winfrey, complaining about your treatment with your family and then you want to sit down with them while you’re still giving interviews.”

Mr Myers said “there should be a little more water under the bridge” if the relationship is to improve.

During the couple’s interview with Oprah, they made some shocking accusations against the royal family. The couple accused a family member – not the Queen or the Duke of Edinburgh – of making a racist comment about their son, Archie.
Harry also admitted that he was estranged from his father, the Prince of Wales. He claimed he felt “really disappointed”, but added that one of his priorities would be to “try to cure that relationship”.

Despite settling in the U.S. since their royal departure, Meghan and Harry, along with their two children, visited the UK earlier this month to celebrate the Queen’s platinum jubilee.
The short visit was the couple’s first official visit to the UK since 2020. 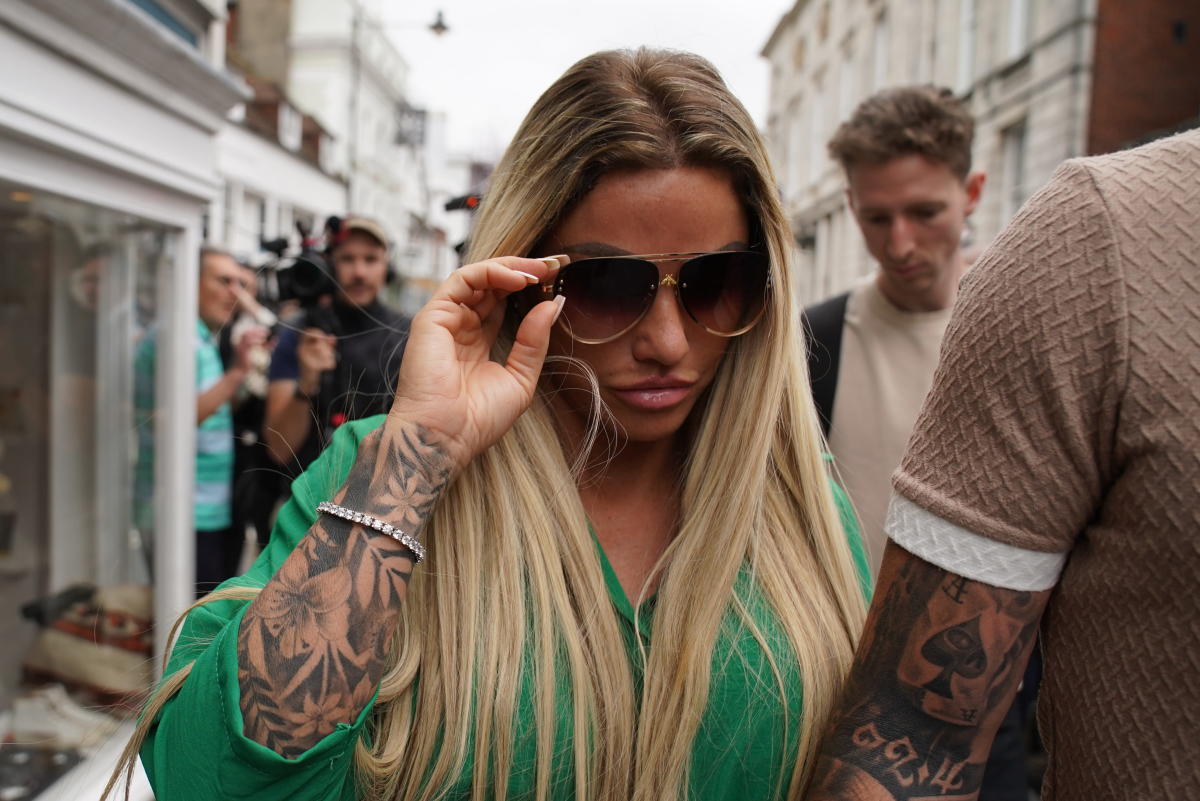