A stinging comeback. Kim Kardashian shaded ex-husband Kris Humphries during an episode of Hulu’s The Kardashians. She mentioned her 72 day marriage in a conversation with Kourtney’s ex-boyfriend Scott Disick when preparing for a wedding speech.

Kim asked Scott for his opinions on a wedding speech joke for friend Simon Huck’s wedding. “I feel like after SNL the pressure is mounting, ”she said laughing. “So I think I’ll say something along the lines of,‘ I love a gay wedding. I haven’t been to one since my second wedding! ‘”Scott clapped his hands in approval and mimicked the sounds of a buzzer. Kim also revealed her insecurities of going to the wedding without her styling team, to which Scott responded with “Look at what you’ve done with Skims. You know what you’re doing. You knew how to dress like you always have. ”

Kim married Kris Humphries on August, 20, 2011. The duo had an estimated $ 10 million wedding and an E! specially called Kim’s Fairytale Wedding. The couple called it quits on October 31, 2011 after 72 days of marriage. “After careful consideration, I have decided to end my marriage,” Kim said in a statement at the time. “I hope everyone understands this was not an easy decision. I had hoped this marriage was forever, but sometimes things don’t work out as planned. We remain friends and wish each other the best. ”

Kim later married Kanye West on May 24, 2014. Together they have three kidsNorth, 8, and Chicago, 4, and sons Saint, 6, and Psalm, 3. Kim filed for divorce on April 2021, and is currently dating SNL comedian Pete Davidson. Kim’s first marriage was with music producer Damon Thomas who recently spoke out on his feelings about Kim basing their marriage on being on ecstasy.

The Kardashians is available to stream on Hulu. Here’s how to watch it for free. 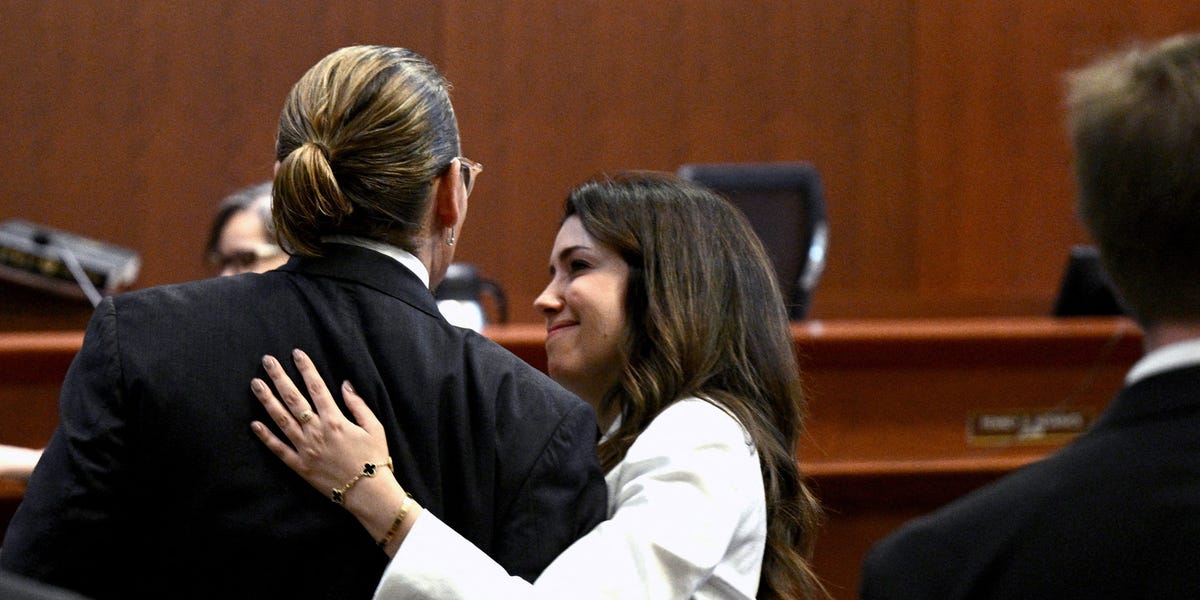 Depp Lawyer Vasquez Laughs, No Reply When Asked If Dating Him

Countdown: Anne Robinson makes thinly veiled dig at Rachel Riley and says they ‘didn’t not get on’