Alan Carr has poked fun at his alcoholic ex-husband Paul Drayton’s time in prison after he was convicted of drinking driving.

Comedian, 45, Alan, joked while performing at the Royal and Derngate Theater in Northampton on Thursday, that he worried Paul would cheat on him while inside, saying: ‘He loves chubby people with glasses … I was worried about him s * * gging [serial killer] Rose West! ‘

The couple – who were together for 13 years and married for three – announced their split in January, after Paul’s release, but remain good friends.

Drayton had been handed a 14-week jail term on Wednesday after pleading guilty to a single count of ‘driving a motor vehicle when alcohol level above limit’.

The Sun reported that Alan started off his stint by saying: ‘A lot has happened. I got married… You don’t read the bloody newspapers it’s gone to sh * t. I’ve got divorced.

‘He rang me up complaining; “there’s a hole in the wall. The blanket’s itchy. The pillow is thin.” I said ‘it’s a prison sentence not an episode of Four In A Bed’

Alan jokingly expressed his concerns that Paul would cheat on him in prison. He said: ‘Because he has got a type. He loves chubby people with glasses. He does. He fancies them. I was worried about him s ** gging Rose West! ‘

Break-up: The couple – who were together for 13 years and married for 3 – announced their split in January but remain good friends, as Alan looked back and joked about their doomed relationship, (pictured in November 2019)

Rosemary West, now 67, and her husband Fred were arrested in 1994 and charged with nine counts of murder. Rose was later charged with a tenth – the killing of her stepdaughter Charmaine West, eight, in 1971.

It was found the couple tortured to a sadistic degree and killed young women and girls in the basement of their Gloucester home.

While Fred committed suicide before his trial in January 1995, Rose was found guilty on all counts and is currently serving a life prison sentence at HM Prison New Hall in Yorkshire.

Awful: Rosemary West, now 67, and her husband Fred were arrested in 1994 and charged with nine counts of murder

Paul admitted a drink-driving charge back in November and has been warned then that he faced jail by a judge who told him it was a ‘miracle’ but one was killed when he got behind the wheel while four times over the legal limit.

Paul was accused of drink-driving after he reversed into a police car, narrowly missing a mother pushing a pram, while in his Mitsubishi 4×4 in West Sussex last month, just three miles from the £ 2.7 million home he shared with Alan.

Originally, he denied the charge but admitted his guilt today at Brighton Magistrates’ Court.

Drayton was charged with driving with 153mcg of alcohol in 100ml of breath – well over the limit of 35mcg – although he initially claimed the breathalyser machine was not working properly.

The comedian, 45, left his audience in stiches at his sold out gig at the Royal and Derngate Theater in Northampton as he exclaimed: ‘I was worried about him s ** gging Rose West!’

Alan’s gig comes just days after he reunited with Paul to spend ‘one last afternoon’ with their beloved red setter dog Bev before she passed away.

The couple, who have been together for fourteen years, announced their separation in January following Paul’s conviction for drink-driving.

But Paul revealed the duo comforted their pet together before making the ‘hardest decision to make our last act of love and let our Bev go.’

RIP: Alan Carr (pictured) and ex-husband Paul Drayton reunited to spend ‘one last afternoon’ with their dog Bev before she passed away

He penned: ‘It is with a heavy broken heart that myself and Alan had to make the hardest decision to make our last act of love and let our Bev go.’

‘She has been the best companion I could have hoped for. She has been my rock and savory on many many occasions and I can’t begin to tell you how much we will miss her.

‘We spent her last afternoon altogether in the garden of my new home, laughing, chatting and reminiscing on how much joy she brought to our lives, which is what I wanted her to feel and share.

Happier times: The former couple have come back together as they spent the final moments of their dog’s life together (pictured by Paul Drayton)

So sad: The TV presenter took to the comments of the post adding several red hearts while Britain’s Got Talent judge Amanda Holden also penned a sad face emoji

Alan and Paul were married in 2018, with his close pal Adele getting ordained so she could hold the ceremony.

The pair’s split was announced in January with a spokesperson saying in a statement: ‘After 13 years as a couple and three years of marriage, Alan Carr and Paul Drayton would like to announce they are separating.

‘They have jointly and amicably made the difficult decision to divorce and go their separate ways. We request that their privacy is respected at this sensitive time. ‘

Exes: Alan and Paul were married in 2018, with his close pal Adele getting ordained so she could hold the ceremony – pictured together in 2019 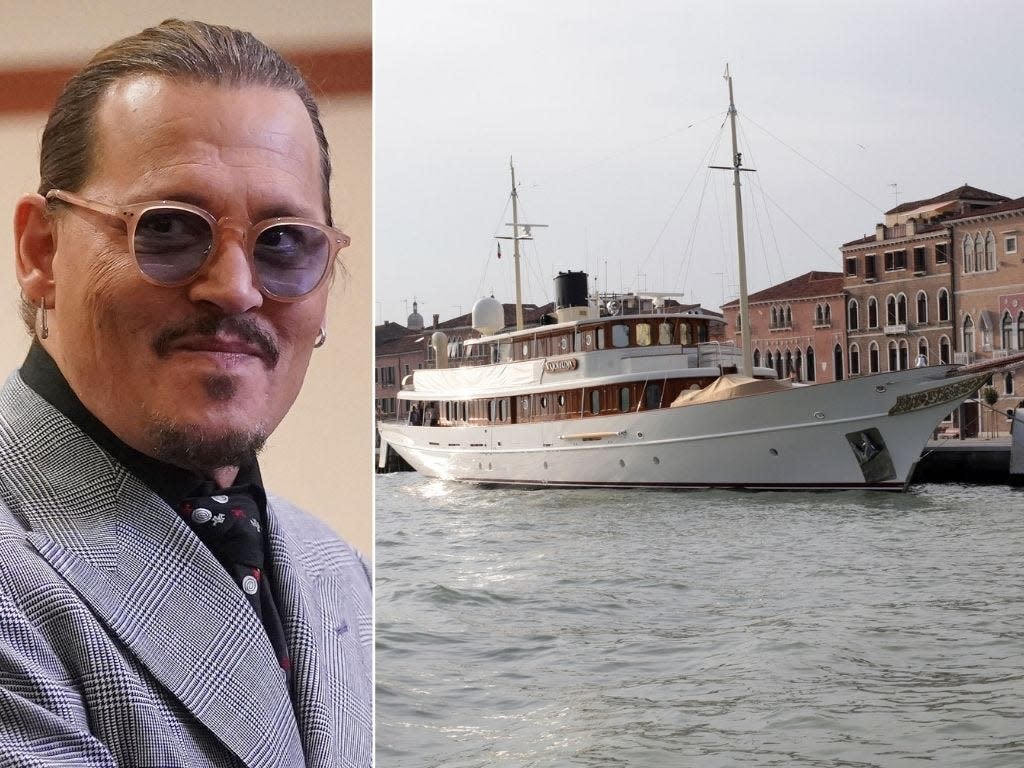