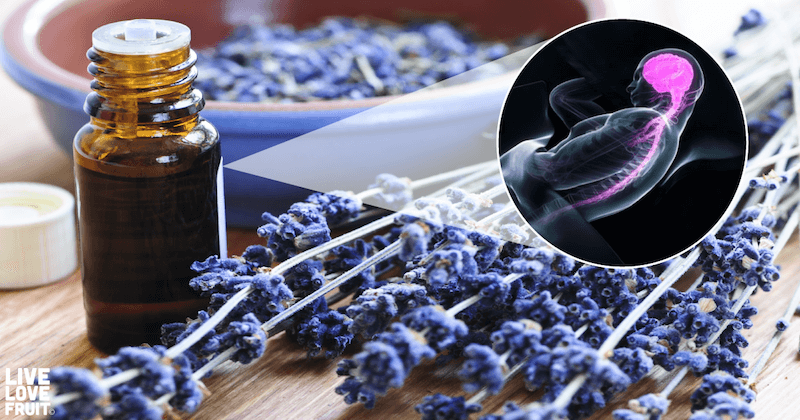 If you want to wake up refreshed and sleep soundly, these calming essential oils for sleep can help you with that. Not only do they help calm the nerves in your body, but they also act as a mild (and natural) sedation, helping to support the full night’s rest you need.

As you’ve probably experienced yourself, not getting enough sleep can dramatically alter your mood, your ability to focus, and can wreak havoc on your overall health. In the United States alone, an estimated 50-70 million people suffer from sleep disorders or sleep deprivation – talk about a serious epidemic!

Not getting enough sleep is associated with higher levels of anxiety and depression, cognitive problems, increased risk of stroke, cancer, and diabetes, increased risk of injury, and suppression of the immune system. Lack of sleep also makes you more dependent on caffeine-containing foods and beverages, which greatly affects your adrenal glands and makes it even more difficult to sleep the next few nights.

The problem with sleeping drugs

The frustration of not being able to sleep often leads people to turn to prescription sleep aids such as benzodiazepines, which were originally designed to reduce anxiety. The use of hypnotic drugs (also known as sleeping pills) has been associated with a 35% increase in the development of cancer (1). That, in addition to the fact that people who use hypnotics are four times more likely to die that people who do not take them (2), makes natural alternatives a better option.

Another problem with taking sleeping pills is that they are highly addictive and interact with important neurotransmitters like GABA. I remember very clearly one of my neuroscience professors stating how dangerous it is to interact with brain chemistry (like taking prescription drugs). And I totally agree.

After several months of using sleeping pills like benzodiazepines, you are much more likely to develop addiction, tolerance, and withdrawal symptoms, making coming off sleeping pills a major pain in the ass (literally and figuratively).

How can essential oils help?

Essential oils act on the physiology of the body in many ways. Whether you choose to inhale them or put them on your skin, essential oils can help even the worst insomniacs get some sleep.

According to a study published by Complementary therapies in clinical practiceMore than 90% of the subjects who received aromatherapy over a 13-week period said they would continue to use the blend that included bergamot, lavender, sandalwood, frankincense, and mandarin (3).

Other oils such as angelica, ylang ylang, lemon, sweet orange, cumin, valerian, and juniper berry have also been found to be extraordinarily effective in helping people relieve insomnia (5).

In fact, essential oils for sleep are so effective that some healthcare facilities have even begun incorporating aromatherapy into their practice to help ease anxiety and allow patients to sleep better (6). Not bad for a natural remedy that has virtually no side effects.

The best 9 essential oils for sleep

While these essential oils for sleep can help lull you to sleep in dreamland, their effectiveness will diminish if you’re doing things like looking at electronics right before bed, or dealing with undue stress in your life. Check out my article on my top 10 essential steps to help improve your sleep and get rid of insomnia if you really want to change your sleep habits.

In the meantime, if you want to get the most out of your sleep, keep these oils by your bed.

lavender essential oil It has been used for centuries as a relaxing and calming scent. A study from the British University of Southampton tracked the sleep patterns of 10 adults for a week and found that sleeping in a lavender-scented room improved sleep quality by up to 20%. This is because lavender enhances slow-wave sleep, the deepest part of sleep where your heartbeat slows and your muscles relax (7).

One of my favorite essential oils, incense it has been said to be effective for anxiety and depression, calms the mind and helps with insomnia. In 2016, researchers had cancer patients use “aromatics” that included frankincense. More than 64% of patients reported improvement in sleep after using the canes (8). Given its role as a well-studied antidepressant and anti-anxiety herb, it’s no surprise that people get relief from sleepless nights when inhaled.

Bergamot It can help stop those restless thoughts that keep you up at night thanks to its anti-anxiety effects on the brain. Animal studies have found bergamot to be as effective in reducing anxiety as diazepam (a benzodiazepine) (9), which means it has the potential to work as well (if not better) than benzodiazepines prescribed as sleeping pills.

If you’ve ever heard of the benefits of chamomile tea for improving sleep, this essential oil probably won’t surprise you. roman chamomile It has sedative and relaxing properties that can help cure insomnia. According to a 2005 study published in Biological and Pharmaceutical BulletinChamomile extracts exhibit hypnotic activity similar to that of benzodiazepines (10). One case study also found that after inhaling Roman chamomile essential oil, volunteers experienced more sleepiness and calm, demonstrating its potential to improve sleep and help enter a peaceful state of mind (eleven).

One of the most studied benefits of valerian essential oil is its ability to help people with insomnia and improve the quality of sleep. Studies have shown that valerian reduces the time it takes to fall asleep, so if she can’t sleep, valerian might be just what she’s looking for. In a double-blind study, 44% of previously poor sleepers reported perfect sleep, while 89% reported improved sleep when taking valerian root (12). Valerian contains a chemical called linarin, which creates a sedative effect. It increases your brain’s GABA levels, which in turn allows you to sleep better (13).

just the smell of Juniper berries it can help reduce the physical and emotional signs of stress. It has been used as a natural anxiety remedy for centuries, and with good reason. One study tested a diffusion of different essential oils, including juniper berry, sandalwood, rose, and orris. By using the fragrance of the essential oil at night, more than 89 percent of the insomniacs were able to reduce the dose of their medication (from sleeping pills). Twelve subjects were able to eliminate the drugs completely (14).

In Germany, angelicHistorically, aa was referred to as the “oil of angels,” in part due to its ability to calm anxiety, restore peaceful memories, and provide restful sleep. It acts as a wonderful sleep aid when diffused into the room before bed.

neroli it is often overlooked when it comes to sleep. One study noted neroli’s ability to produce a calming effect, particularly when combined with lavender and chamomile (fifteen). It is also effective on its own in reducing stress and blood pressure levels, which in itself can promote restful sleep once remedied.

Sandalwood is an incredibly comforting and calming essential oil that can help lull just about anyone to a good night’s rest. It dates back many centuries as a popular and effective remedy for anxiety. Its sweet, woody, and musk-like aroma has a calming effect on the nervous system, meaning less racing thoughts and more restful sleep.