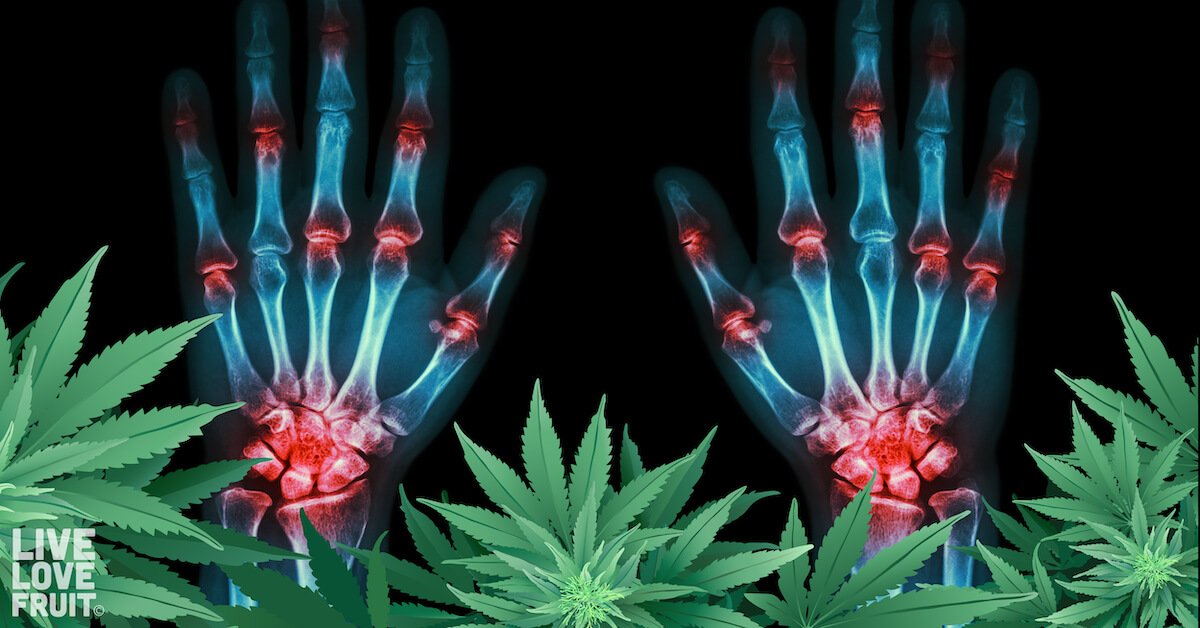 About 350 million people around the world have arthritis. Pretty shocking, given the fact that these statistics don’t even include people who haven’t been officially diagnosed.

So what can cannabis for arthritis do for a condition for which most people take pain relievers? Well, actually a lot. But first, we need to learn a little more about arthritis and what it means for those who suffer from it.

Contrary to popular belief, arthritis is not a single disease. It is essentially an informal way of referring to chronic inflammation, joint pain, or joint disease. In fact, there is over 100 different types of arthritisand anyone of any age, race, and/or gender can experience them.

While arthritis is incredibly common, it’s still a very misunderstood disease. It is so broad that its classification literally means “inflammation of one or more joints.” I could almost put that classification on almost any disease.

Arthritis symptoms can come and go, and can be mild, moderate, or severe. They can stay the same for years, but then progress and get worse over time. If neglected long enough, arthritis can cause irreparable damage over time, leading to short- or long-term disability and the inability to perform basic functions such as walking or climbing stairs.

Since arthritis is an inflammatory condition and cannabis overcomes inflammation, it is not surprising that people turn to cannabis for arthritis relief.

Inside each and every one of us is a system called the endocannabinoid system (ECS). The main receptors of this system are CB1 and CB2. CB1 receptors are found primarily in the nervous system, connective tissues, gonads, glands, and organs. CB2 receptors dominate the rest of our body and are found primarily in the immune system. However, they are also found in the spleen, liver, heart, kidneys, bones, blood vessels, lymphatic cells, endocrine glands, and reproductive organs (1).

A study published in the journal Rheumatology of Dr. Sheng-Ming Dai of the Second China Military Medical University found that CB2 receptors are found at unusually high levels in the joint tissue of arthritis patients (2). This led the researchers to conclude that cannabis is key to activating those receptors, thereby reducing pain and inflammation.

In 2008, a review concluded that CBD reduced pain associated with rheumatoid arthritis (3), and also improved the sleep quality of the patients without any negative side effects. Another 2017 study found that CBD could be a safe and useful treatment for osteoarthritis joint pain (4).

Because cannabis remains illegal in much of the United States and other countries, clinical studies conducted on real humans are lacking. However, this is slowly changing as some countries, such as Canada, have started to legalize the medicinal plant. As a result, more studies are underway. In the meantime, we just have to wait (or just trust how our own body feels when we medicate with cannabis).

Canadian researcher Dr. Jason McDougall, professor of pharmacology and anesthesia at Dalhousie University in Halifax, has conducted a new study to find out if medical marijuana can help repair arthritic joints and relieve pain. The study, supported by the Arthritis Society of Canadareceived a grant for a comprehensive three-year study to investigate whether cannabis repairs joints by fighting inflammation or simply dampens the pain response in the brain.

The president and CEO of The Arthritis Society, Janice Yale, stated that (5):

People living with arthritis pain seek alternatives to improve their quality of life. We need research to help answer the many important questions about medical cannabis and its use. Our goal is to empower Canadians to make informed decisions about their treatment options and to provide physicians with evidence-based guidelines for making treatment recommendations for their patients. This project is an important step towards achieving those goals.

mcdougall he told CBC Radio’s Information Morning the following when asked to describe the nerves of a person suffering from arthritis:

Nerves are like wires that have had their sheathing stripped away. They are all naked, they are all raw, and they are responsible for a lot of pain. Our hypothesis is that by locally delivering these cannabis-like molecules to those nerves, we could actually repair them and reduce arthritis pain.

McDougall’s findings have so far shown that cannabis molecules can bind to nerve receptors and control the activation of pain signals in the joint.

Another study published in the journal of Philosophical Transactions of the Royal Society B discovered that the body’s endocannabinoid system releases antioxidants that help repair damaged cells when activated by external cannabinoids (6).

The evidence seems compelling enough for anyone to trust that cannabis really does help arthritis sufferers. Some people have even gone as far as making raw cannabis juice to help relieve their arthritis. The results? Inspiring to say the least.

McDougall’s preliminary findings have actually been tested in some anecdotal circumstances. Wear katie marsh from maine, a rheumatoid arthritis sufferer who took prednisone and antibiotics for years before discovering cannabis. Her doctors encouraged her to take disease-modifying anti-rheumatic drugs (DMARDs), but the side effects were so severe that she ultimately decided to seek the advice of a doctor specializing in diet cannabis.

After speaking with the doctor, Marsh began making raw cannabis juice and mixing it into smoothies. He also consumed the whole plant, raw. The results he experienced were immediate. Within Just a few days, Marsh stopped taking prednisone and pain relievers.. After just 11 months of regularly drinking cannabis juice, Marsh’s condition went into remission.

As for which works best for arthritis, both come with their own benefits. Both CBD and THC are helpful in relieving inflammation in the body, but some people may prefer CBD as it has no psychoactive effects.

CBD is particularly desirable for those with specific autoimmune conditions, as it works to enhance and improve the state of the immune system.

CBD better binds to CB2 receptors, making it easier to fight inflammation in the joints, while THC better binds to CB1 receptors to relieve chronic pain. It’s also good for anxiety and depression, two conditions that often plague the minds of people with debilitating conditions like arthritis. If you choose a THC-infused cannabis strain, opt for indica over sativa, as it calms and relaxes the body more than stimulates the creative mind (unless you’re feeling a bit creative, that is).