A former AFL player has been revealed as a confidant of Amber Heard during her time in Australia in 2017.

A former AFL player has been revealed as a secret Aussie confidant of actor Amber Heard during her time down under in 2017.

Mitch Hallahan, who played for the Gold Coast Suns and Hawthorn, reportedly forged a close friendship with the Aquaman star after a chance encounter in The Garden Bar at the Gold Coast’s The Star Casino five years ago, according to the Herald Sun..

Heard – who is currently embroiled in a US court battle against her ex-husband Johnny Depp – lived on the Gold Coast for much of 2017 while filming the blockbuster superhero flick alongside Jason Momoa.

Hallahan was with teammates at a private function at The Star venue in April or May of that year, with the Aquaman cast and crew at a separate function in the same area.

The Herald Sun. reports that the two groups ended up mingling and Hallahan was one of several players introduced to Heard.

They struck up a close friendship and are rumoured to have briefly dated after the actor’s then-relationship with Elon Musk ended around August.

“It was purely organic and by chance over a glass of red wine,” one source said of the connection the pair made, adding that Heard was “intelligent, charismatic and caring”.

While rumors circulated at the time Heard had a firm friendship with a Gold Coast-based footballer, Hallahan was never named.

The now 36-year-old even attended a Suns game, cheerfully sporting a team scarf alongside her castmates, including Dolph Lundgren, in July 2017.

“She was fascinated by the game but never really understood it,” a source told the Herald Sun.with that game being the only one she attended.

Heard left Australia at the end of 2017, with Hallahan’s career at the Suns ending in the same year after being severely hampered by injury.

Now based in Melbourne, he plays with Sorrenton on the Mornington Peninsula.

The report comes at the end of a scheduled week-long break in her explosive court showdown with Depp, who is trying to prove that Heard defamed him in a 2018 op-ed for The Washington Post in which he was not named but where she identified herself as a survivor of domestic violence.

She then countersued Depp in response.

Heard was the latest to take the stand in the trial, providing harrowing testimony of the brutal abuse she allegedly endured from Depp during their relationship, including an incident where she accused him of sexually assaulting her with a bottle.

Depp has denied ever abusing his ex-wife, and has himself claimed he was on receiving end of physical and emotional violence.

The trial resumes on May 16. 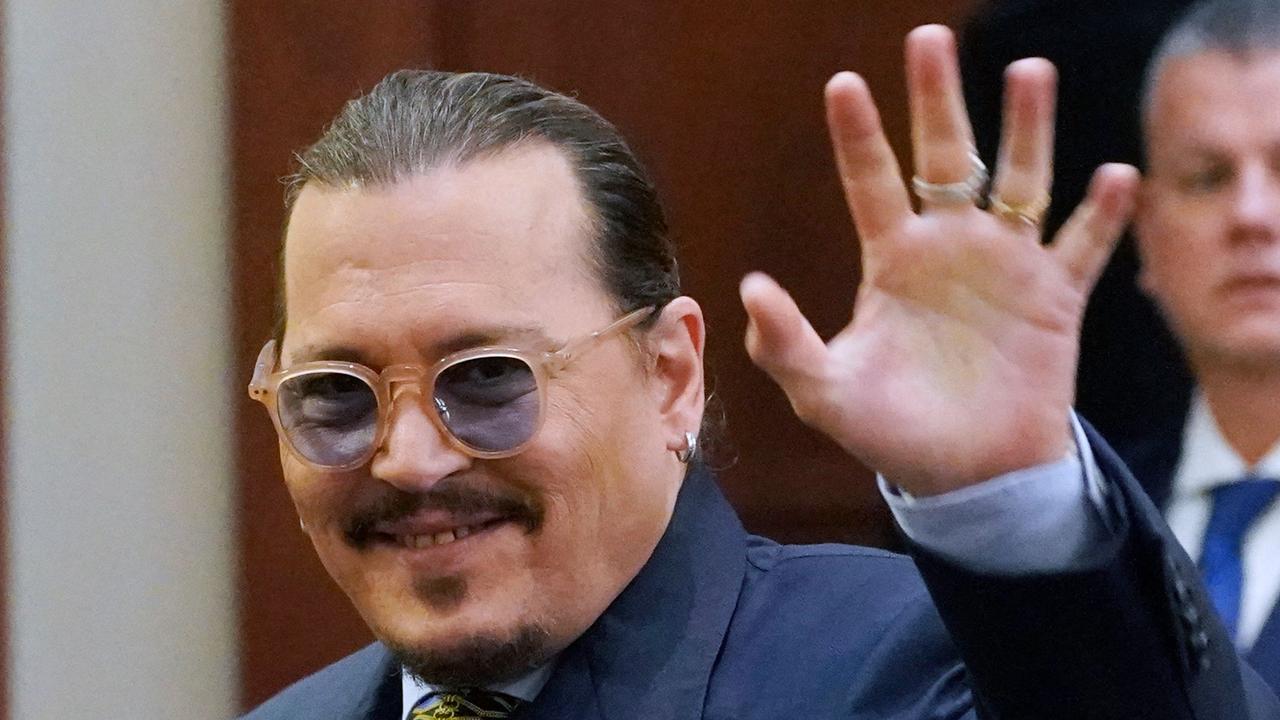 Maggie Gyllenhaal flashes her bra and abs in cut-out gown